Angola is located on the west coast of Africa, but especially in the Southern region, bordered on the north and north-east by the Democratic Republic of Congo and Congo Brazzaville, on the east by Zambia, Namibia and the Southwest bathed by the Atlantic Ocean.
With a coast of 1650 kilometers, extends inland, occupying an area of ​​1,246,700 km2. It is divided into 18 provinces, including the capital Luanda.
Found traces of human presence in some areas, including Luanda, Namibe and Mbanza Congo, show that Angolan territory has been inhabited since prehistoric times.
The migrations of the northern peoples, the Bantu, imposed on the dominant population then. Dispersant in the immensity of the country, the Bantu were trained to be in groups, giving birth to the current races. In the thirteenth century, the social and political structure of some of these groups gave rise to the Kingdom of Congo and other kingdoms, which gave the territory a social and political balance.
This is the situation that the Portuguese navigator Diogo dogs found in 1482, when the front of a fleet reaches the mouth of the Zaire River. It was decided at the time, the cordial relations between the Portuguese and the ruler of the Kingdom of Congo, with the trade, broken relationship at the time of Paulo Dias de Novais begins to the occupation and direct of the sea by means of the placement several captains. In parallel, began the construction of the slave trade to manpower needs in Brazil, which remained until the nineteenth century, when Sá da Bandeira, in Portugal managed to approve legislation aimed at abolish slavery.
The share of Africa in 1884-1885, forced the Portuguese to fight for prolonged occupation and administration over the entire territory, which was completed only at the end of the First World War.
Meanwhile, peace began to be worrying in the early 1950s with nationalist movements, whose demands for autonomy led to a liberation struggle between 1960 and 1974, the year in this case the fall of the regime dictatorial in force in Portugal and which led to the independence of the country proclaimed on November 11, 1975, by Antonio Agostinho Neto, first President of Angola. 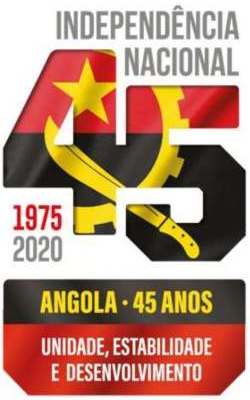